Toucan Protocol is building carbon market infrastructure to finance the world's best climate solutions. These are our on-chain stats from 24.02- 02.03:

Biochar is created by exposing biomass to high temperatures in the absence of oxygen, in a process called pyrolysis. This creates a new substance more durable to biological degradation than biomass, meaning that the organic carbon stored in its structure is returned to the atmosphere more slowly.

Biochar production can be standalone or combined with other processes, such as biofuel production, as depicted below. The biochar produced can then be returned to the soil, either in the system in which the biomass was grown or at another location.

Recent estimates of biochar’s carbon removal capacity range from 1.1 to 3.3 giga tonnes of CO2 a year by 2030. More lifecycle analyses of biochar use is required to better understand this, especially around its effectiveness over long time periods.

While the technology to produce biochar is mature, commercial scale production remains in the early stages. Cost estimates vary significantly and are strongly influenced by the feedstock, application rate, production process, scale and end use of biochar. Current research indicates a cost between $96 – $1,834 per tonne of biochar, with studies on the CO2 price required for economically viable biochar varying between $30 and $120 a tonne.

More detail on biochar can be found in the CDR Primer.

Toni Meier is a vegetable farmer and owner of the project. He obtains biomass residues from his own farming operations to produce the biochar, which he then uses on his own land and sells to farmers in the surrounding area.

Thermal energy generated during the production of the biochar is also used has part of a newly created district heating network, supplying neighbouring industrial buildings with heat.

The project is successful in demonstrating the opportunity for biochar to create a revenue stream from waste biomass, improve regional soil quality and create further benefits of sustainable energy generation.

A-P-D is a founding member of AgroCO2ncept, a wider project testing the potential for using biochar on intensively farmed agricultural soils in Switzerland.

Learn more about the A-P-D project in this short video.

While smaller than some of previous whales we've featured, Piva Capital's ambitions are mighty 💪 Piva has committed to offsetting all historic and future CO2 emissions using premium grade carbon avoidance and removal offsets.

A full breakdown of Piva Capital's offsets can be found in this excellent Medium post by Julia Reichelstein.

CarbonPlan has been building a public database of Stripe and Microsoft's carbon removal purchases since 2020. This recent article explores trends emerging from analysis of Stripe's 2021 credit procurement.

The analysis also revealed the presence of more experimental solutions amongst applicants, meaning that exact price and volume estimates were often hard to quantify.

This findings demonstrate that project application and funding structures could be better tailored to early-stage projects, for example containing more open-ended application criteria.

Of the 26 proposals analyzed, seven interacted directly with the ocean (compared to to just one of 24 proposals in 2020).

These represented novel projects for which permanence was more difficult to calculate. While ocean solutions can store CO2 for longer than land-based biochar or soil removal projects they are not as stable as geological solutions such as mineralization, with a greater risk of CO2 re-entering the atmosphere.

These uncertainties imply a need for ongoing research into ocean carbon removal to ensure that removal effectiveness matches the demand for deployment.

The full article is available here. Checkout the other excellent pieces of work by CarbonPlan including their opensource CDR database and research pieces.

This week dClimate, a decentralized network for collecting, distributing and analyzing climate data, announced a partnership with the Republic of Namibia.

As part of this partnership, dClimate will establish a blockchain based registry and verification system for quantifying the country’s carbon sequestration, carbon emissions and carbon credits from green hydrogen projects within Namibia.

Namibia has been recognized as a leader in green hydrogen over recent years. In late 2021, the country announced a $9.4 billion project aiming to produce 300,000 tons of green hydrogen annually.

This partnership represents one of the first direct collaborations between a blockchain project and a sovereign nation, potentially revealing the potential of blockchain to support accelerated global climate action!

And special thanks to those who gave us feedback in February’s survey 🙏 We are drawing on it to improve deCarbonized already, and planning more features for the future with your needs in mind. 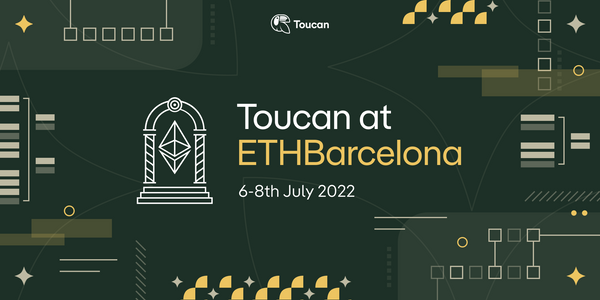 We're excited to be present at ETH Barcelona, organized by our lovely friends from DoinGud. But we won't just attend - we'll be offsetting the entire event ✨🌎 to make this ReFi focussed conference carbon-neutral! 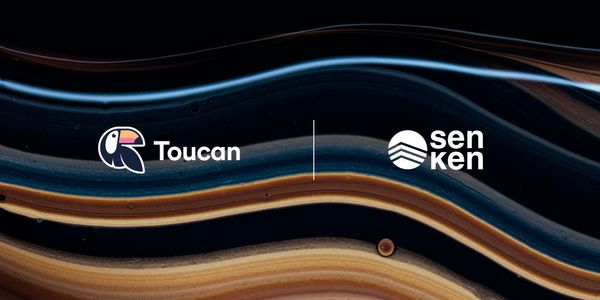